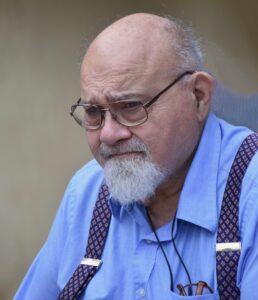 A prominent logician Anil Nerode has turned 90. This online conference is a special event in his honor.

Anil Nerode is a monumental figure in Mathematical Logic and Applications. His impact could be probably measured in figures: number of publications, citations, students, grants, etc, but it is so much more than that in it. Professor Nerode has been an inspirational leader of several generations of researchers in both academia and industry worldwide. His own scientific contributions are fundamental and span automata theory, model theory, theory and applications of hybrid control systems, and other fields. However, his influence as a builder and a consolidating figure in one of the most fundamental areas of human intellectual activity cannot be overestimated. Professor Nerode is a living and vital link between the classical tradition in Mathematical Logic and vast areas of its modern development.

Greetings, congratulations, photos for posting on this site, as well as and ZOOM link requests could be sent to Sergei Artemov by sartemov@gmail.com or sartemov@gc.cuny.edu

5:00 – 5:30 Duminda Wijesekera “Logical analysis of attacks and defenses in the cyber physical world: The story of LinuxCNC”

11:45 – 12:30 Andre Platzer “Differential Game Logic and Its Use for Aircraft Collision Avoidance Games”

This video is over three hours long, so be patient, it takes time for the stream to start:  https://drive.google.com/file/d/1_Pn3eE0qbDf9jaVyURosXH1_jGr2zP-1/view?usp=sharing

Here are some memories from my participation in the logic group at the University of Chicago in the 1950s.

By “the logic group”, I mean: students in the math department who were interested in mathematical logic. I arrived as a graduate student in the math department in the fall of 1949. In 1950, when I first encountered the logic group, it had three members: Raymond Smullyan, Stanley Tennenbaum and Anil. Although all three were mathematics students, they were centered on Carnap, who was in the philosophy department.

I got to know Raymond sometime in 1950. He was earning a living doing magic tricks at hotel restaurants downtown, and I would often find him at two o’clock in the morning, working on mathematical logic in Gladys’ restaurant, an all-night restaurant on 55th street. He was taking Carnap’s course on “the axiomatic method”. This was a very elementary course, but Carnap was a famous man and I wanted to have a look at him, so I decided to tag along. Stanley Tennenbaum often showed up after class, and that was how I met Stan. That is also how I met Anil. (Whether Anil was also taking the course, I don’t recall.)

Stan was a handsome young man in a Brooks Brothers suit who had an obsession with Gödel’ incompleteness theorem. If he spotted you crossing the campus, he would back you up against a tree and compulsively explain Gödel’s incompleteness theorem, like the ancient mariner in Coleridge’s poem, The Rime of the Ancient Mariner. I think he got this bug from Carnap, for whom the incompleteness theorem was a source of great unhappiness. (It refuted the positivistic view that the meaning of a sentence was to be given by a procedure for determining its truth or falsity.)

At that time, the math department at the U of C was not hospitable to mathematical logic. I was André Weil’s assistant, and, while I was attending Carnap’s course, Weil used to ask me, “Are you through with your axiomatic nonsense yet?” The situation improved greatly in the academic year 1953-1954 when two young recursion theorists, John Myhill and Jim Dekker, received visitor’s appointments (Myhill in the philosophy department and Dekker in the math department). Stan was renting the house of a professor who was on sabbatical, and he was running a sort of twenty-four-hour salon on mathematical logic and philosophy in the living room. Myhill was renting a room in the basement and Paul Cohen had a room upstairs. Cohen often came down to heckle.

By the spring of 1954 my main interest had shifted from straight mathematics to mathematical logic but I saw no possibility of getting the math department to accept a Ph. D. dissertation in that field. I was very surprised when Anil told me that he had gotten Saunders Mac Lane to supervise our dissertations in mathematical logic. Thanks, Anil!

Also, in the spring of 1954, the math department decided that I had had enough financial support, so I got a job at the Institute for Air Weapons Research (known informally as the Bartky project). The project was housed in the upper level of the Museum for Science and Industry. Anil already had a job there. Working hours were flexible, so Anil and I often attended math department teas and colloquia. Walking back to the Museum, we often talked about our interests in mathematical logic. On those walks, I was happy to learn from him: (1) why functions of real numbers in intuitionistic mathematics are continuous, (2) Tarski’s truth definition for Peano arithmetic, and (3) the possible significance of Kreisel’s paper “On the interpretation of non-finitist proofs,” assuming that Kreisel was not completely crazy.

By then, the logic group at the U of C had four members: Raymond, Stan, Anil, and myself. Finally, Michael Morley was brought in as follows. Michael had a job at the Bartky project. As Anil explains in his website http://pi.math.cornell.edu/~anil/highereducation.html

Michael was doing graduate work in pure mathematics, and he had proved some theorems about the extension of endomophisms in group theory.  Anil suggested that he (Michael) might be able to obtain similar results for first-order logic. Michael immediately began to get results. He submitted this and other work to Mac Lane, but, unfortunately, Mac Lane did not think that this was enough for a Ph. D. dissertation. After Michael had worked with Robert Vaught at Berkeley for about a year, it was clear to everyone that he now had enough results, so he got his Ph. D. from Mac Lane in 1962.

When I encountered Michael at a meeting of the ASL in the spring of 2004, I mentioned that the period 1950-1960 was a good time for mathematical logic at the U of C. His reply was, “We had logic students but no logic professors.”

Please convey my warm congratulations and deep admiration to Anil on the occasion of his 90th birthday!

I have been a silent admirer of Anil ever since I started my Logic career. A man with a style and a wonderful insight in our foundational area.

I write to express my appreciation and admiration for Anil Nerode, who was one of my advisors throughout grad school and never failed to find an interest in what I was working on and to offer insightful and motivating advice for its exploration and connection to other topics. I will always be grateful for his influence on my studies and my career.

My congratulations and best wishes to Anil on his 90th birthday.  While I was never his student, or worked formally with him, I benefitted nonetheless by just talking with him over the years.  The range of his knowledge is both broad and deep, and even a casual conversation with him can provide insights well worth thinking about.

Dear Anil:  Best wishes on your 90th!  And thank you for all your basic research, teaching, advocacy, and — especially — your insights.  With warm regards, DANA.

Please send my congratulations to Anil for reaching 90. 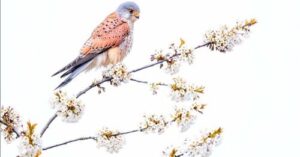